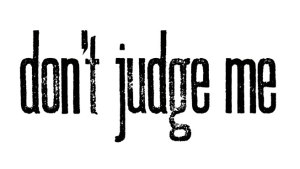 Do not judge according to appearance, but judge with righteous judgment. – John 7:24

An oft quoted bible verse is, “judge not, lest ye be judged.” I’ve heard many-a-person use this scripture to get others off their back. Christians often retreat when this phrase is used, but we need to watch out, because even the devil quotes scripture – twisting it to his own ends.

Should we judge others? As funny as this may sound, there is not a yes or no answer. Jesus, in John 7:24, doesn’t forbid the us from judging; instead He tells us to judge with ‘righteous judgement.’ In other words, we need to judge in the right way. The Jews who were opposed to Jesus, judged Him ‘according to appearance.’ In other words, their judgements of Him were surface judgements. They did not take the time to learn the whole truth of the matter, but quickly passed judgement based off of shallow observations. For example, one of the biggest hangups that kept the Jewish leaders from believing in Jesus was that He was from Galilee.  They were convinced that Jesus could not have been the Messiah because He was from Galilee. From the surface they observed  that Jesus’ family was from Galilee, and that He grew up in Galilee. But what they didn’t take the time to find out was that He was really born in Bethlehem, the exact town that the prophet had predicted the Messiah to be from. If they had taken the time to judge with righteous judgment, rather than judge based on what appeared to be so, then they would have known the truth.

This is our problem in the modern world. We see someone do something, or hear about something that someone did, and we immediately begin to make judgements about that person. This is called judging according to appearances. This is the kind of judging we are not to do.

Jesus isn’t forbidding all judging here. He is forbidding condemning, hypocritical judging. We can see this based on the content of this passage; Jesus uses the illustration of the speck and the plank. The man with the plank in his eye hypocritically judges the man with the speck in his eye. He points out the faults in others without considering his own faults. He is not in a position to help his brother, because he is actually worse off than his brother. But, if he were to repent of his own sin, cleanse his own eyes, and walk uprightly, then he would be in a position to gently point out his brothers fault, to help him to overcome it. If Jesus was forbidding all manner of judging, then He would not have spoken the last clause of vs 5. The truly spiritual man should be helping his brothers remove the specks from their eyes.

Brethren, if a man is overtaken in any trespass, you who are spiritual restore such a one in a spirit of gentleness, considering yourself lest you also be tempted. – Gal 6:1

This goes along very well with Jesus’ teaching on what to do if a brother sins against you.

Moreover if your brother sins against you, go and tell him his fault between you and him alone. If he hears you, you have gained your brother. – Matthew 18:15

Certainly you would have to make some sort of judgement to determine that your brother had sinned against you. This is not the kind of judging that Jesus forbids. The kind of judging that Jesus forbids is a condemnatory type of judging. It’s the type of judging that says, “Because you did this, you are this.” For example, if someone cut you off in traffic, you might yell out: “Jerk!” By doing that, you’ve judged that person to be a jerk based upon an action that they have done, without knowing the full situation. It may well be that they are a jerk, but you don’t know that for sure. You are judging according to appearance, and not with righteous judgement.  It could be that in that car was a pregnant woman about to deliver, and a frantic husband trying to get her to the hospital (a situation that I am all too familiar with!)

The kind of judging that Jesus forbids is called speaking evil by the Apostle James. Look what James says:

Do not speak evil of one another, brethren. He who speaks evil of a brother and judges his brother, speaks evil of the law and judges the law. But if you judge the law, you are not a doer of the law, but a judge. There is one Lawgiver, who is able to save and destroy. Who are you to judge another? – James 4:11

When you speak evil about someone, you are judging them. You have taken what little you know about them, climbed up upon the throne of God, and passed judgement about the secret thoughts of their heart. I don’t know about you, but I’ve done some things that I deeply regret. I’ve also done some things that were just down-right stupid. In both cases there have been people who have seen what I have done. They may have been outside observers, who had nothing to do with the situation. They may have seen or heard what I did, but they did not see the fact that I went home deeply sorry for what I had done. They may not have seen me apologize to those that were involved. They did not see me repent before God. This doesn’t mean that they can’t judge that what I did was wrong, they can do that by simply looking at the word of God, but they should not be judging the content of my heart. This is the exact reason why we are not to judge. Only God knows the secrets of man’s heart.

…in the day when God will judge the secrets of men by Jesus Christ… – Romans 2:16

So what is the conclusion? You can judge that a person’s actions are wrong, but we need to very careful to go beyond that.

Jesus leaves us a litmus test in Matthew chapter 7. He says that we will be judged with the same kind of judgement that we judge with. So we need to ask ourselves before we make a judgement: “Would I want others to judge me in this way?”

Now some people might not want to be judged at all. But if you are a true Christian then you will desire to have people in your life that care enough about you to speak the truth to you. You will want to have people whose eyes are clear enough to pull the speck out of yours. With that in mind, we need to care enough about those around us to the point that we seek loving ways to point out their sins. We are called to do this.

In the Corinthian church, there was a certain man who had committed a vile sexual sin (he was sleeping with his stepmom…). The church seemed to be reluctant to do anything about it. Maybe the devil had convinced them that it wasn’t their job to judge him because Jesus said to ‘judge not.’ The apostle Paul, however, clears things up for us. Look at his strong words:

what have I to do with judging those who are outside? Do you not judge those who are inside? But those that are outside God judges. Therefore ‘put away from yourselves the evil person.’ – 1 Co 5:12-13

Sounds harsh, doesn’t it? It sounds harsh, but it is actually a demonstration of love. This situation needed to be dealt with for several reasons. Number one, the people of the church needed a clear message that this is sinful, destructive behavior. Those that live that way will not inherit the kingdom of God (1 Co 6:9-10). Number two, Paul wanted this man to be saved, but as long as he was in his sin he could not be saved. He needed a serious wake up call. Paul was delivering him over to Satan for the destruction of the flesh, so that his spirit might be saved (1 Co 5:5).  What does that mean? It means that he was casting him out of the church fellowship into Satan’s world. There he would experience the destruction of the devil, and hopefully be driven to forsake and confess his sin, so that he could be saved. That’s MUCH more loving then to say, “I’m ok, you’re ok.”

But all this, of course, is speaking about people who are Christians. It does not apply to those who are ‘outside.’ We have no jurisdiction over them. God will judge them in due time if they don’t repent. Those that are outside do not need to brush up their lives by dealing with particular sins. They need to realize that God loves them, and that they must forsake the lifestyle of sin and turn to God.

But for those of us that are in the church, we need to be judges in a sense. But we need to be gentle, loving judges, not hypocritical, condemning judges. When it comes to the clear-cut commandments of scripture, we need to make decisive judgments for the sake of the well-being of everyone involved. And we need to remember to judge as we would want to be judged, because we will.

2 replies to Should I Judge, or Should I Not Judge?